Welcome to the Center for Comprehensive Breast Care
Since 1995

At the Comprehensive Center for Breast Care at ASBS, we are dedicated to providing the highest quality of care to patients diagnosed with breast cancer. Our Center brings together the South Bay’s premier multidisciplinary breast cancer team. Specialists from medical, radiation, and surgical oncology work together to provide the most advanced individualized treatment plans. We treat close to 500 women each year and offer comprehensive screening, diagnostic, medical and surgical breast services, nutrition and genetics counseling, and a full array of psycho-social support for patients and families.

Our breast surgeons coordinate complex treatment planning with all team members, providing a comprehensive, multidisciplinary approach to benign and malignant diseases of the breast, and collaborating closely with other specialists at the Torrance Memorial Breast Diagnostic Center and the Providence Little Company of Mary Torrance Women’s Imaging Center.

Our breast surgeons work closely with their patients to identify a surgical option that provides for the best outcome taking personal concerns and preferences into consideration. Some options include:

What is breast cancer? 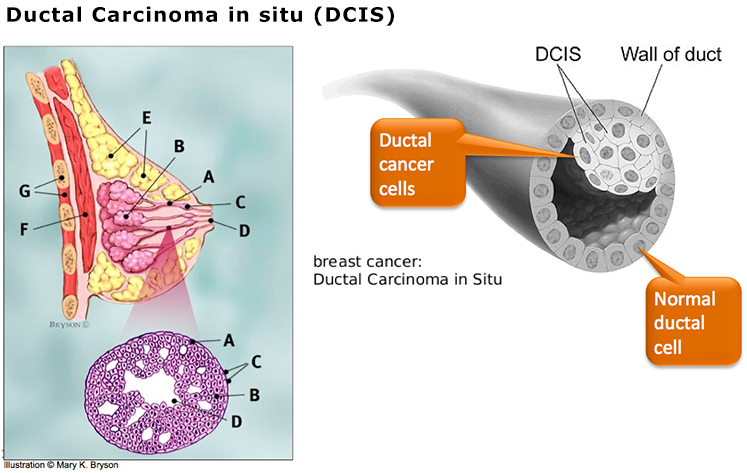 Most breast cancer patients undergo surgery to remove cancer from the breast. The majority of women are candidates for breast conserving surgery, commonly referred to as lumpectomy, which involves removing the portion of breast containing the tumor along with an adequate amount of normal breast tissue.

A quadrantectomy is a type of breast-conserving surgery more commonly performed in Europe than in the U.S. This surgery involves removal of a fourth of the breast tissue in an effort to reduce the need for re-excision and potentially the risk of recurrence. The downside of this method is that a patient is often left with a large defect without a significant benefit over lumpectomy.

While most patients are candidates for breast conserving therapy, and the majority of women elect this method, some patients are appropriate candidates for mastectomy, or the removal of the entire breast. Some additional tissue, such as lymph nodes from the underarm, may need to be removed as well.

A patient should consider a mastectomy in the following cases: 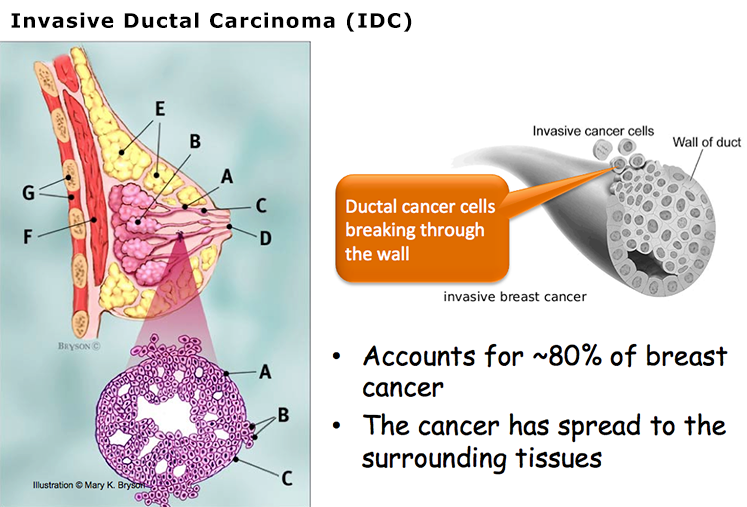 This operation involves the removal of all breast tissue. Often, the lymph nodes from under the arm will be sampled (sentinel node biopsy) but not removed. This operation can be undertaken via a skin-sparing approach (see below) or in a more traditional fashion, removing the skin overlying the breast. 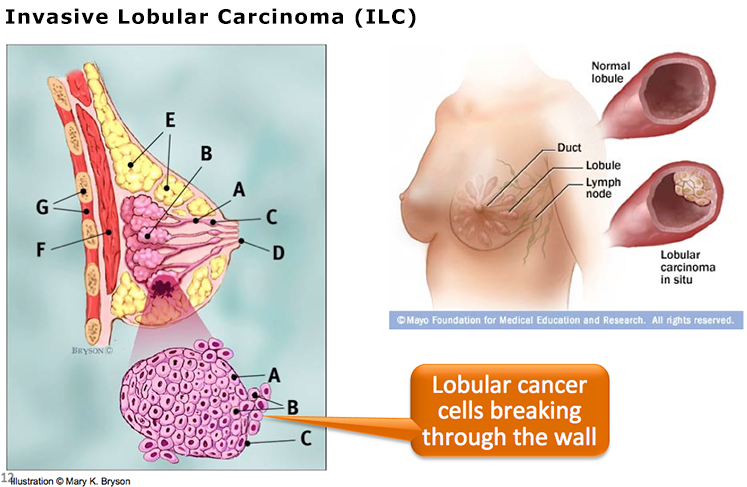 The modified radical mastectomy removes all tissue of the breast, including the fascia, or casing, of the pectoralis muscle, as well as removal of some (not all) of the axillary (underarm) lymph nodes. The pectoralis muscles are not removed in this operation.

This procedure, first introduced over a century ago, involves radical removal of underarm lymph nodes, removal of the pectoralis muscles, in addition to the breast gland. Because of increased understanding and research on the nature of tumors, radical mastrctomy is rarely undertaken today. It is reserved for patients with locally advanced tumor invading the chest wall.

What are the risk factors for developing breast cancer? 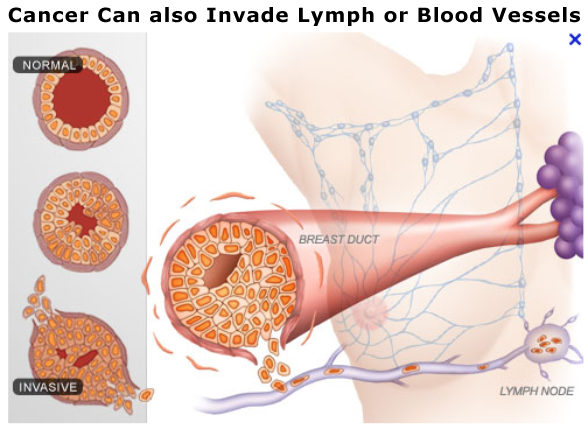 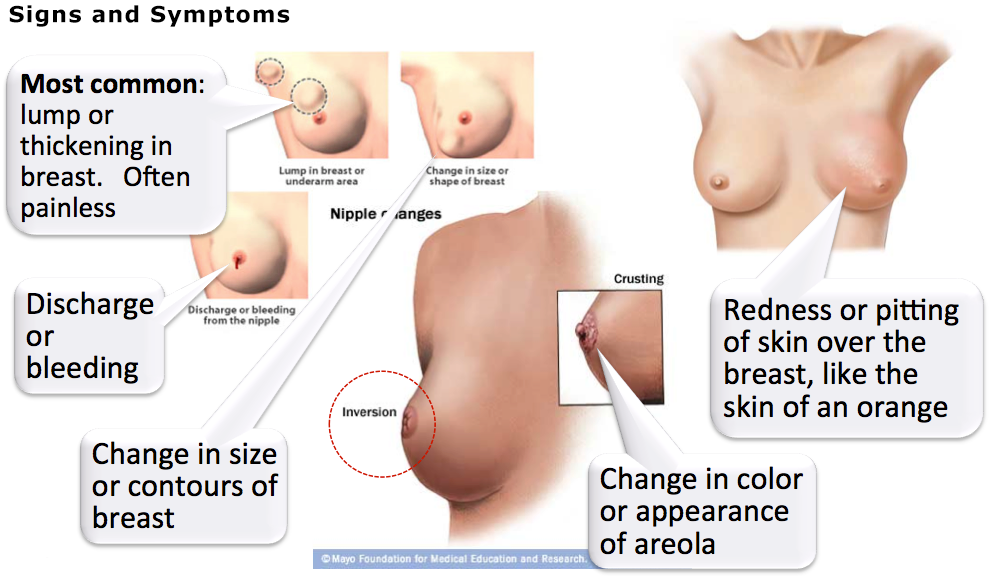 Once diagnosed with breast cancer it is essential to educate yourself about treatment options. Meeting with an experienced breast surgeon is important.

At the Center for Comprehensive Breast Care, your breast surgeon will consider a number of factors in order to provide the best surgical plan. These factors include:

Surgical removal of the entire breast.

Popular alternative to traditional mastectomy for treatment and prevention of breast cancer in selected patients.

Involves removal of the breast gland with preservation of the native overlying skin.

Generally results in smaller, less obvious scars, and preservation of the patient’s native skin envelop which can then be used to reconstruct the breast.

Skin and nipple sparing mastectomies are becoming a popular alternative to traditional mastectomy for both treatment and prevention of breast cancer. The skin sparing mastectomy involves removal of the breast gland with preservation of the native skin overlying the breast. This generally results in smaller, less obvious scars, and preservation of a patient’s native skin envelope, which can then be used to reconstruct the breast, maintaining and sometimes improving the natural shape and contour of the breast. The reconstruction portion of the surgery is performed by a plastic surgeon. Typically, the reconstruction is performed in a staged manner.

In order to see if the breast cancer has spread to the lymph nodes, a biopsy of the nearest lymph nodes is performed. The sentinel lymph node biopsy is an improvement on traditional axillary lymph node dissection, requiring far fewer lymph nodes to be removed than in the past. Lymph nodes in the armpit are sequentially aligned, if breast cancer cells are not discovered in the first (or sentinel) lymph nodes, then there is no need to dissect the subsequent ones. This helps avoid the removal of several lymph nodes under the armpit, a procedure known to cause unpleasant problems such as lymphedema (arm swelling).

Either on the day prior or day of breast cancer surgery, a physician or technician will inject a radioactive material into the breast to help locate the sentinel node. In the operating room the surgeon may also inject a blue dye as a second method of finding the sentinel node. Usually, 1-3 nodes contain either blue dye, radioactivity, or both. All such nodes must be removed and evaluated by the pathologist. This is generally done through a small incision hidden in a crease in the armpit. If no cancer cells are present, it can be assumed with over 90% certainty that there are no cancer cells present in any of the underarm nodes.

An axillary dissection is performed if a patient has a positive sentinel lymph node biopsy or palpable axilla lymph nodes that contain cancer on a preoperative biopsy. An axillary lymph nodes dissection is performed via an underarm incision and removes the area of fatty tissue in the armpit. This area of fatty tissue usually contains 10-20 lymph nodes. The tissue is sent to the pathologist and evaluated to determine the total number of lymph nodes and the number positive for cancer. This information will be used to determine your cancer stage and possible further treatment.

This approach requires the placement of a special tube with a balloon on one end in the breast where the cancer was. The tube comes out of the skin through a small hole. The tube and balloon are placed after lumpectomy surgery in a surgeon’s office. During each treatment, a machine places a radioactive seed into the center of the balloon for 5 to 10 minutes — just long enough to deliver the required dose of radiation. After the seed is removed, you may leave the treatment center. A total of 10 treatments are usually given over 5 days. That means two treatments per day, about 6 hours apart. When the final treatment is done, the balloon and tube are removed through the small hole in the skin.

Portacatheters are long, narrow, hollow tubes made of soft plastic that are often used to deliver chemotherapy. These catheters are placed completely under the skin and connected to a small plastic or metal disc called a port. During treatment, the port is accessed by an IV needle to infuse chemotherapeutic medication into the vein. Patients requiring long term chemotherapy may benefit for portacatheters as they spare the need for repeated peripheral IV placement.

There clearly appears to be a role for the removal of regional lymph nodes in melanoma and invasive breast cancer. Unfortunately, this operation is often leads to a significant number of temporary and permanent complications including arm and leg swelling, poorly healing incisions and a loss of skin sensation. When the regional lymph nodes are removed in intermediate depth melanoma less than 15 percent of patients have proven metastasis(i.e., cancer in the lymph nodes), while less than 20 percent of patients with early breast cancer have proven metastasis. The routine use of lymph node removal in these two cancers unnecessarily exposes all these patients to the complications of the procedure while providing benefit to only those with metastatic disease.

At the present time we are able to offer this procedure at Torrance Memorial Medical Center and at Little Company of Mary Hospital. While some surgeons use the isotope or blue dye alone, we believe the two in combination offer the greatest accuracy. We agree with most national experts that sentinel lymph node mapping is the standard of care for intermediate thickness melanomas while its role in breast cancer is still under investigation.